The Bible was written for everyone through the ages but we have come to the end of the ages and the return of Christ is for this generation.  The 21 st century is actually 777 the day that God shall send his Son into the World to set up His millennial reign.

People have been saying there is no God or that God is dead but he tells us HE seen the end from the beginning and those who openly oppose HIM it is He who picks the month day century and year of their death to show HE is very much here and has never left. He is spirit and desires those who worship HIM to do so in Spirit and in truth. 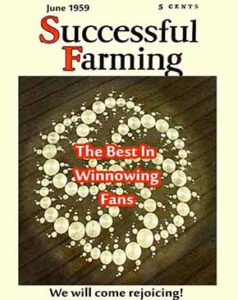 The crop circles pointed me to the Psalms which makes sense because the Psalms show us Father’s heart and David was, after all, a man after God’s own heart.  The Psalms bring us comfort, joy, and peace they do not all point to the Psalms there are some like the winnowing fan whose count is 409 circles or 409 chapters into the Bible starting at Genesis you find the rebuilding of the temple. Also, 409 is a great household cleaner, but the only thing that can cleanse the stain of sin is Jesus.

I sought  God to know more in knowing the end of a man’s life after he opened my eyes to the noted Physicist Stephen Hawking who denied God existed at all. Stephen led a crusade against God and no one noticed Hawking was losing the battle in his wheelchair?  Stephen Hawking died on the same day Albert Einstein was born what were the odds?  His last book published said there is no God.

A wasted life and the owners of the books wasted their money for the day that he died points us out to the kind of man he was and he wasn’t that smart if he died without Jesus. Jack Parsons founder of JPL of Nasa has the same numbers he spent time communing with demons and told others he did. It was not like God did not try  HE placed a Christian wife in his life when he first discovered he had the disease. He could not be bothered with the Genesis version of creation because he just did not want to simply believe.

So as a good soldier in the army of the Lord I began to look at others who died as his sworn enemies and see what if God’s word revealed their story or show God’s last word on the matter of their ignorance.  The needs of the many outweigh the needs of the few.  He is allowing this for the harvest generation.    God and I  desire that no one would perish in an eternal place of darkness and suffering.  These people where vocal in their rebellion and notable to us all the, unfortunately, they suffer the fires of hell so you won’t have too. Turn to Christ today the Bibe’s word is God’s only word!

WARNING do not try this at home with loved ones who passed on this is for notable people only. I am just trying to show you, we love you, Jesus and I.

If it says nothing else it says this. This book is King!

Billy Graham His date reveals what God considers what is wise and righteous.

John McCain His date reveals the harlot who wanted his Presidential seat to bring false peace to the middle east.

Dave Hunt His date reveals he feared the LORD and he was outspoken on the deception of Ecumenism elect he knew who the woman of Revelation is.

Jack T. Chick His date reveals the kind of character he was a soul winner Proverbs 11:30.

John Bunyan He wrote Pilgrims Progress only the Bible has sold more copies, his date reveals what we Pilgrims are escaping.

John Nelson Darby he fathered the pre-tribulation rapture ideology and like John Bunyan showing us what we are escaping Darby reveals the tribulation.

Joseph Smith Jr. His birth date reveals the kind of Character he was going to grow into.

Maria Gaetana Agnesi A Catholic Philosopher and Theologian Her life Points to their Theology.

Jack Parsons founder of JPL laboratories (NASA) Admitted to knowing and conversing with a Demon.

Lafayette Ronald Hubbard his time points to the crowd he caters to and they don’t find God.

Francis Albert Sinatra sang he did it his way, now wishes he hadn’t.

Brian Jones founder of the group Rolling Stones his time points to God not being happy with rod of the wicked that seeks to seduce the righteous.

David Ernest White song wrier who wrote Rock and Roll is here to stay did not write for the right master and no it is not.